So I have resubed, again. I think this is about the third break I have taken from the game, and by far the longest. In October 2016, Mabaho was 96 and not yet finished through Warlords of Draenor. Now it’s February 2018 and we saw the announcement (earlier) of the expac following Legion, which I have not played at all.

Motivated by the eldest Mini Mab, Miss 10, I have been playing with her, supporting her interest in the game. This resub is also enabled by the new iMac being able to support the  game for more than 2 minutes. 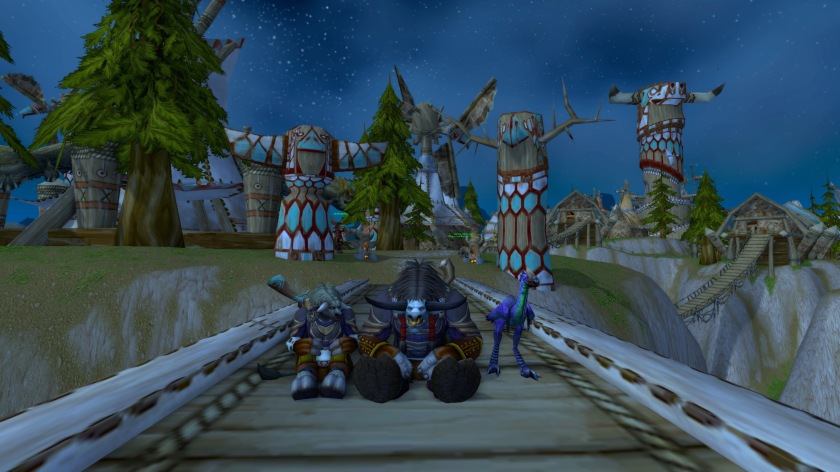 There have been a lot of changes to Mabaho, in rotation and effectiveness. I suddenly feel vulnerable questing, which I haven’t for some time. I can take 1 mob, but 2 troubles me if I don’t get a handle on them. Healing seems almost ineffective as a Enhance Shaman, even self healing. Mana is less important than the new …. err can’t even remember what it’s called.

Spells have changed, that took some sorting.

I’ve also installed a bank in my Garrison which has been nice. I waited a little bit to sort through the bags and bank, finding a Reagents Bank tab that I don’t remember. I also need to investigate some things I’ve never really been sure of, now that we have the collections menu.

Do I need to hold on to stuff just to be able to transmog it? Pets, Mounts and Toys I know I can click on and learn and they disappear usually. But what if they don’t, should I hold them?

This idea of scaling has me sort of happy. I can run Pumatay with Miss 10’s toons and get xp. But does that mean that Mabaho can quest anywhere in Draenor and the enemy will be a challenge?

So my broad plan is this.

Seems like a pretty good plan don’t you think? Is it best use of our character level boosts?

Would Miss 10 be better off levelling all the way from 0-110? I don’t really think so, it would be so unmotivating I think.