Cloudy, some rain a couple of days ago, no word from my buddy who was also coming, Saturday didn’t seem promising to break the ride drought. So it was with a little trepidation that I headed over to his house.

And woke him up by tapping quietly on the window. He’d fallen asleep in his lounge the night before trying to decide if he was coming or not. So he decided to come along and after what seemed like ages we set out.

A short stop for petrol and we were off up the Putty. The Putty Rd is a 140km of great road, reasonable limits, mostly limited traffic headed north out of Sydney. Being double demerits weekend were were even more mindful of being good boys, but my buddy could easily disappear off the front whenever he wanted to.

I didn’t care, I was having a ball on my Daytona. We headed north as the sky stayed cloudy, but the roads were dry for most of the southern half. This half is more open with sweeping turns, rather than the northern part which is more tight and technical.

Within a few kilometres of Grey Gums there was some misty rain and the road became damp. Easing off a bit we turned into Grey Gums for breakfast.

First time I’ve had guys standing around my bike admiring it.. that felt kinda cool.

I talked to another rider who had come from the other direction and told us that most of the road north was slippery and wet. I didn’t see the point in headed north, we didn’t have to be anywhere and with the roads wet it would be a greater risk, not much fun and kinda pointless.

So we headed home. And enjoyed the roads and turns in the dry, making it home a little after lunch and several hours before we were expected.

I still really love the Daytona, but there are a couple of things I need to do…

– get some help with setting up the suspension for me and for the riding I do. My buddy seems to think its more stiff than it needs to be, and I agree. However, its a bit of a black art to me, so I’ll find a couple of more knowledgeable guys to help me.

– go back to the theory books and start applying those lessons. I could be lazy on the Daytona as I am on the VFR, but I feel like there is a lot more I could get out of the Daytona if I applied myself to ensuring I was using the correct technique. Obviously those lessons will apply exactly the same on the VFR too. So good all round there. And I’ll be safer.

So not the full ride I planned but a good one none the less. I’m putting together a video for YouTube as well (the link to my channel is on the right) 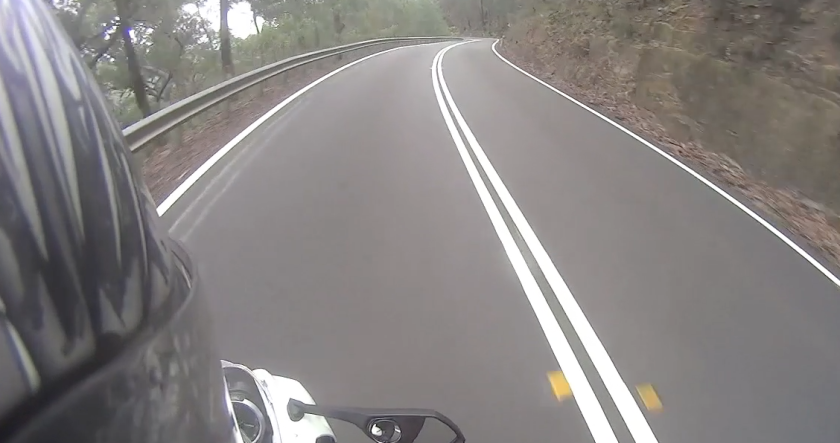