[I’m reediting this, half of it makes no sense]  About 11am this morning I rolled out of the stealership on my Daytona. I was pretty nervous of course, but after a few traffic lights and that, I was settled into the way the bike moved. Its very easy to ride. I did discover very quickly that I can’t see the lanes next to me in the mirror, but I hear that is pretty common on supersport bikes. But so far that’s the only thing I don’t like.

I rode home, trying to stay under the break in engine rpms as directed. It was tough as the bike just wants to rev. At home, I first checked it would fit in the garage with the VFR and the two cars. Check! Then I wolfed down some lunch before rolling back out onto the driveway again.

I didn’t have as much time to spare for its first ride as I had hoped, so I headed first to drop in on my other bike shop to show off. These guys have been servicing my VFR for about 6 years and I’ve chatted to them about which bike to buy.

After suitably wowing the mechanics I rode off (I’m such a poser,lol), heading for some nearby roads to really test it out. I spent about an hour riding about in the lower mountains, getting used to it. New engine needs running in, so I have to be gentle and restrained. Its also got brand new tyres of course, so they need to be bedded in for the first 100km or so as well, otherwise you end up on the road watching your bike slide away.

So it was a gentle, but extremely fun hour or so, before I turned back for home. If you want to see some video of the bike (not riding videos yet) check out here.

And for everyone else, here are some photos. 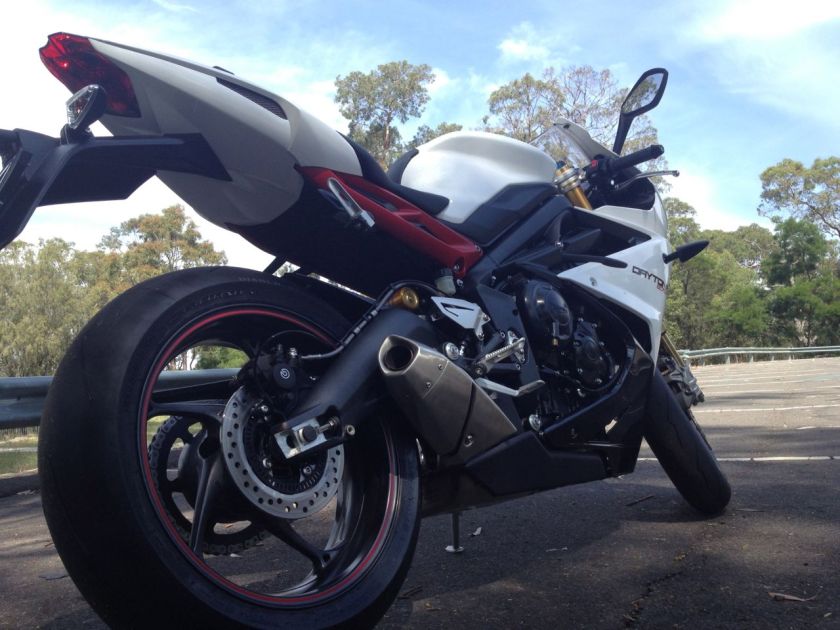 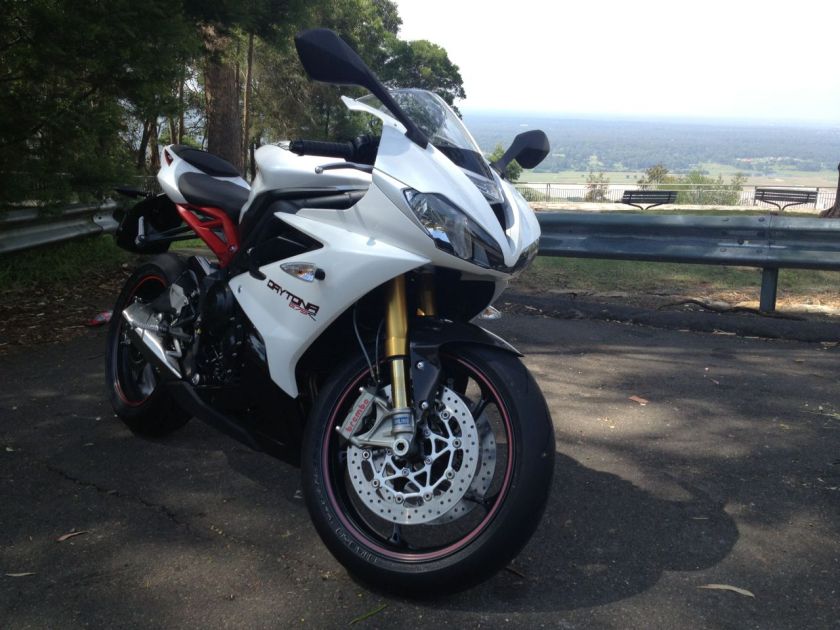 Now it will sit in the garage for a while as I am having an operation today, and will be a week or more before I’m allowed to ride again. First service is at 800km, I hope it doesn’t take too long to get there as I can’t wait to try this bike out completely.