Inspired by the Harpy who was in turn inspired by this thorough list from Godmother I too have decided to set some goals for Pre Panda Prep.

I think Mabaho should finish up the stories of the various zones, so that means

Dasal will be all about gear I think. This will infinitely help the transition across to MoP, so Dasal will aim for 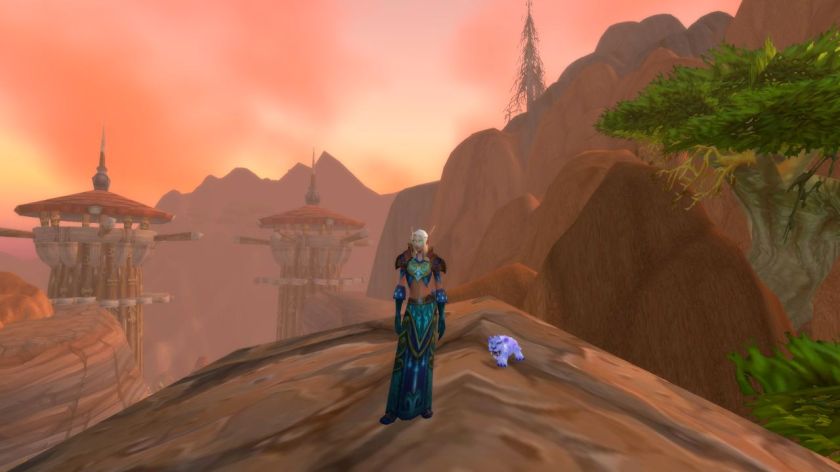 Mabango is the more obvious goal, though perhaps the hardest to achieve…

Sounds simple and she’s more than halfway there. But there’s a big slow patch in Outlands coming up. Mabaho took about 2 years to get to 70, 6 months to hit 80, and about 4 months to get to 85, when he was basically the only one that I was actively playing, Dasal and Mabango have come along since then. Absolutely it is faster now with guild and heirloom bonuses along with better designed quests.

Of my other alts, they are pretty much going to stay as is. I have to decide what to do with Mandrougas, my lonely Alliance hunter. I expect a DELETE is coming soon so I can get in and save a good name for a Panda. This will give me a free slot with the additional one from the expac so if I ever decide to I can create a Paladin, the only class I don’t currently have.

I still have a bit of a “Horde don’t need no stinking Paladins” opinion, but they have been doing good work as tanks and heals ever since their introduction.

Perhaps the dust will come off Pumatay, but I doubt it. My other alts, ranging from lowly Engkanto (lvl4 troll mage) to Lusiper (lvl58 Tauren DK) will stay as they are, but I will go through their bags and banks to make sure they’re organised. And prepared to store the cloth and herb I’ll gather next round. (done April 22)

Goals should be achievable and be able to be done in small steps – check. I even have a good mix of stuff I can do when I have lots of time (Dasal and Mab in Heroics) or just ten minutes here and there (quests, professions). If I guess MoP would be out sometime late this year (November/December) I think there is time. Hmm, the beta is on at the moment, so maybe earlier??