Now I think in my entire WoW gaming life that until this past few weeks I would have put hand on my heart and told you that I’d only seen one rare. I assumed that they were, well, rare, like the Hyacinth Macaw is rare. Or people with the Insane title.

I now wonder that I haven’t flown over them often and never noticed. Generally when herbing I have both eyes in the top right watching the map for the little yellow spot. I only keep a very small part of my attention on where Mab is actually flying to, which often ends up with him flying into hills, buildings, though I notice very quickly that my peripheral vision has suddenly stopped moving. So I may have flown over them a lot.

Or maybe in Cata rares are less, rare? Because the above doesn’t explain Azeroth before you could fly here or BC before I could fly. Or WotLK either.

Back then, maybe it was about not covering as much ground so quickly. I had no mounts at all (including non-flying mounts) until sometime in BC, so while Ghost Wolf was’t too bad, you can’t cover the ground as you can even with the basic flying mount.

So here is whom I stumbled across this morning.

I was lucky to get this as I strayed a little close and he got a bit snappy (sry). 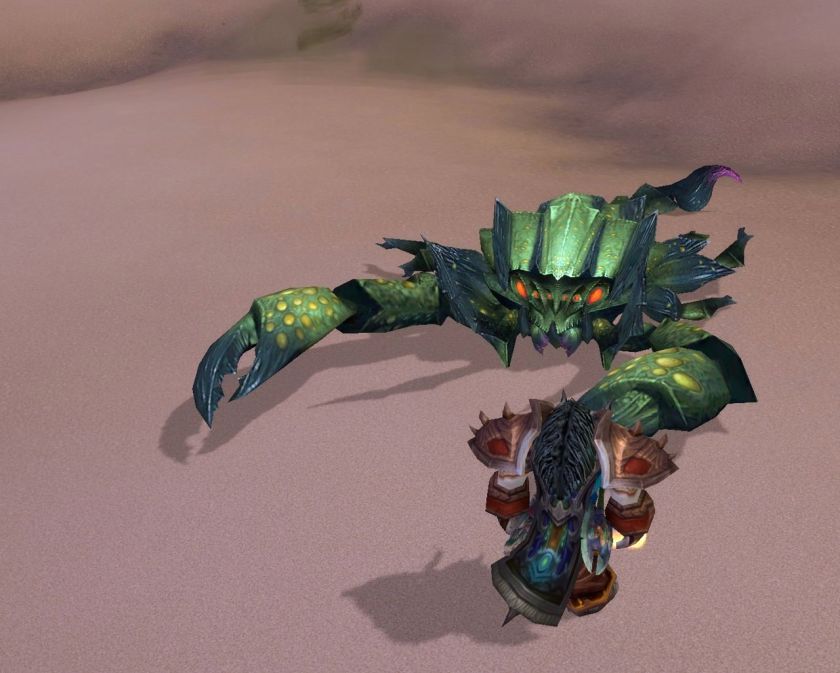 But this shot shows his face better. Nothing interesting dropped.